That Retailer You Sell to Just Declared Bankruptcy. Now What? 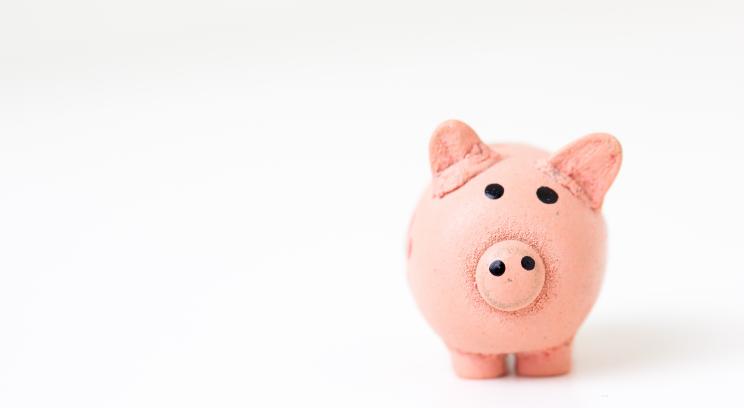 Let's start with the bad news: According to Moody's Investors Service, the number of retailers it classifies as "distressed" hasn't been this high since the peak of the 2008 recession. Retail chains like Payless ShoeSource and Radio Shack are looking for protection from creditors, while Sears, Macy's and J.C. Penney have announced store closings by the hundreds to stay out of bankruptcy court.

The good news? Wall Street remains bullish about the retail industry. In a recent earnings call, JP Morgan CFO Marianne Lake  said, "the way consumers engage with retailers is changing, [but] it doesn't mean they will stop engaging with retailers."

Analysts point fingers at a range of causes to explain the current dilemma, from the growth of online retail to the rise of interest rates. No matter its roots, retailer instability can keep brand managers up at night worrying about whether they'll be paid for recent shipments or if their products will be on shelves tomorrow. But despite its negative associations, bankruptcy isn't necessarily a death sentence—outerwear retailer Eddie Bauer can attest, surviving Chapter 11 filings in both 2003 and 2009. And although Macy's is closing stores, it got through a bankruptcy during the 1992 recession before being bought by Federated Stores.

When a store partner is having difficulty, the best tool for brands is knowledge. Equipped with bankruptcy know-how, brands can communicate with retailers to facilitate the best possible outcome for both parties.

Chapter 11 the most common business bankruptcy, but it doesn't mean companies are going out of business. Instead, retailers hope Chapter 11 will keep them from having to close down and liquidate. The slumping company files a reorganization plan with the court that must be approved by its creditors. The plan says something along the lines of: "We're going to close X number of stores and layoff X number of staff to save money. We can't pay everything we owe, but we'll give you X cents on the dollar." Stores like to look at the example Eddie Bauer set when it reinvented itself after filing in 2009, paring down its categories (such as jewelry) to focus on performance products—which it grew by 15% each year for the last four years.

Brand impact: When a store starts paying its vendors later and later, a supplier knows problems are on the horizon. Big brands have some leverage to nudge faltering stores to pay their invoices: Ralph Lauren, LG or Nintendo are important brands for different retailers to carry, so those retailer may prioritize paying them before a brand with a smaller sales volume. These big brands, in turn, may want to slow or reduce shipments or demand cash on delivery. While a smaller brand may not have the pull of a big international label, they can make sure they're not relying too much on one retailer for their sales (specifically one that files—or is close to filing—Chapter 11).

Keeping lines of communication open with the store's buyers is also critical during the filing period. Working with the retailer to send reduced shipments or receive partial payments over time can also assist the store through a difficult time (and can be seen as an investment by the brand long-term in the continued sale of its merchandise at that retailer). However, modifying any payments should be done carefully and under the advice of an attorney. Bankruptcy courts will look back on a retailer's last quarter or more before the filing and any unusual payments to creditors can be questioned and may need to be returned.

A "22" is simply the filing of a Chapter 11 reorganization, completing the plan over the required number of months, including reduced payments to unsecured creditors, then a re-filing of an 11 soon after the judge signs off. Technically a company could keep filing Chapter 11 indefinitely as a way of doing business. Filene's Basement did a "Chapter 33" over twelve years until they finally liquidated. This is generally seen as a delay of full-scale closure.

Brand impact: Brands supplying a retailer in Chapter 11 are usually getting good terms, cash on delivery or within days in addition to the payments for invoices that were under the reorganization plan approved by the judge. It pays to watch the retailer closely as a plan nears its close. If they seem to have recovered from their experience they might merit better payment terms. If not, keeping their payments on a tight leash may be justified.

Chapter 7: The Big One

Chapter 7 is the business equivalent of pulling the plug.

HHGregg is one example: The 62-year-old Indianapolis-based electronics and appliance chain announced earlier this month they will shutter all 132 of their stores in May after being unable to find an investor willing to bet on them.

Brand impact: Bigger national and international brands have some insulation from these types of closures because of the size of their distribution networks. They sell through so many outlets and channels that the loss of one retailer doesn't spell doom. Smaller and regional vendors are usually hurt the most by a Chapter 7. They may not be selling through as many retailers and when one goes out of business, so they'll take a hit until they find a replacement. Chapter 7 is liquidation, meaning unsecured creditors, like those that have not been paid for products on the shelves, get nothing after the bankruptcy but a tax write off.

Overall, the odds of bankruptcy survival aren't good for a retailer: However, there is a hopeful glimmer in the fact that consumer spending and the global economy seem to be moving forward. "It's not an easy period for the retailer/supplier relationship, but the fact that the economy isn't being hampered by a recession may give some of these troubled retailers reason to be optimistic," says Hunter Harris, a vice president with Boston Retail Partners. "My advice to brands is to keep talking to your retail partners and don't become too dependent on one to keep your business going."