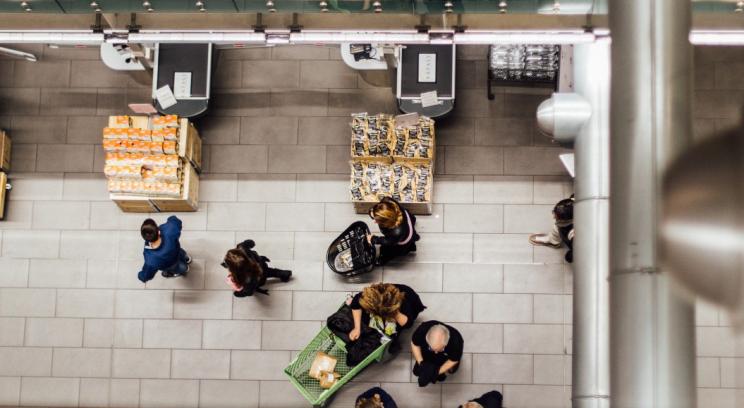 Earlier this year, Target unveiled plans for new store layouts to accommodate changes in the retail industry. The goal is to create separate spaces for the errand-running shoppers and those taking more time to browse. Already, 25 stores in the Los Angeles area have been adapted to serve as testing zones for the retailer's new look and feel. The tactic is just one example of how brands and retailers are trying to find a way to match brick-and-mortar stores to evolving consumer demands.

As Goldman Sachs analyst Matthew Fassler said in a note to clients in early August, "... retail is not dead; it is changing. How brick-and-mortar stores employ new technologies and new models may determine how they survive the relentless shift online."

In recent years, stores like Timberland, IKEA, West Elm and Urban Outfitters have made moves similar to Target's, changing up store layouts to better match consumer interests and expectations.

IKEA, Timberland Do More with Less

To combat lower dollars per square foot, some retailers are making use of smaller spaces. IKEA is shrinking some of the floor plans of their gargantuan blue warehouse-like stores to mini-stores, about one-tenth the size of a typical IKEA. These are designed for urban areas close to city centers. While this may lessen the “field trip" appeal that IKEA and other furniture stores have fostered in the past, the new formats are designed primarily for the convenience of in-store pickup. In addition, IKEA will have limited inventory in-stores specifically chosen to match the tastes of the store location. If something isn’t in-store when the consumer arrives, IKEA will ship it to them.

Specialty outdoor lifestyle brand Timberland has also made changes to their floor plans to attract shoppers. The brand opened a small concept store earlier this month called “Tree Lab" in Pennsylvania's King of Prussia Mall. The store features a new theme and lineup of products every six to eight weeks. While shopping for products, consumers can also sample local craft beers while they shop.

The goal is to keep inventory fresh for existing consumers, while also attracting new consumers with the new themes. While the current installation, called “Streetology," features the intersection of technology and street style, next month, the store will transform into its new theme, “SHEvolution." The store and featured products will focus on women—an important audience for a brand traditionally specializing in men's styles.

Furniture and home accessory company West Elm is taking its products to an environment arguably more apropos than the store floor: hotels. In 2018, the brand will open a chain of boutique of hotels designed with the West Elm signature look and furnished entirely with decor from its product line: A new revenue stream for the company, and a new store layout all in one.

Focusing on smaller urban markets, the hotels will be located in Detroit, Minneapolis, Indianapolis and Savannah. The new format takes the increasingly popular"showrooming" to the next level: Not only do consumers have the opportunity to see and feel West Elm designs and aesthetics before they purchase, they're able to actually experience them in a real environment. The company is capitalizing on the sweet spot of brick-and-mortar-retail: while consumers may still buy online, "two-thirds of the time they have used a store prior to or after the purchase," Andres Mendoza-Pena, a partner at retail consulting firm A.T. Kearney, said in an interview.

What’s more, by playing host to potential consumers, West Elm has the opportunity to understand more about who their customers are (where they're from, how many people are in the party, the reason for their visit)—potentially matching them to a room that would fit their taste. The company also plans to use the hotels to create a meaningful connection between consumer and brand: In a press release last year, they cite “wholehearted hospitality" as a core tenet. By providing great service, West Elm hopes consumer-brand affinity will increase—and so will purchases.

The prevalence of mobile checkout in brick-and-mortar stores has been a change that seems like a no-brainer in our increasingly mobile world. Retailers like Nordstrom, Gap, Sephora and Apple have embraced leaning more on mobile point-of-sale devices, with Apple going as far as allowing self-checkout via their Apple Store app.

In 2012, Urban Outfitters made headlines by announcing its move to mobile-only checkout. iPad-based POS systems housed on swivel stands now sit on the cash wrap at all stores. On the floor, employees use iPhones to look up inventories, retag items and handle returns and sales directly. Employees are naturally more attuned to using these devices, which makes for a more intuitive checkout and a faster training program for new hires. Add to that the money saved by replacing more expensive registers with cheaper mobile devices, and it becomes a win-win for retailers.

When navigating the ever-changing world of retail, both retailers and brands have to understand where the trends are heading. Small changes could mean big growth for those who are willing to take the leap.