Brands Like Coach and Victoria’s Secret Are Shrinking to Grow 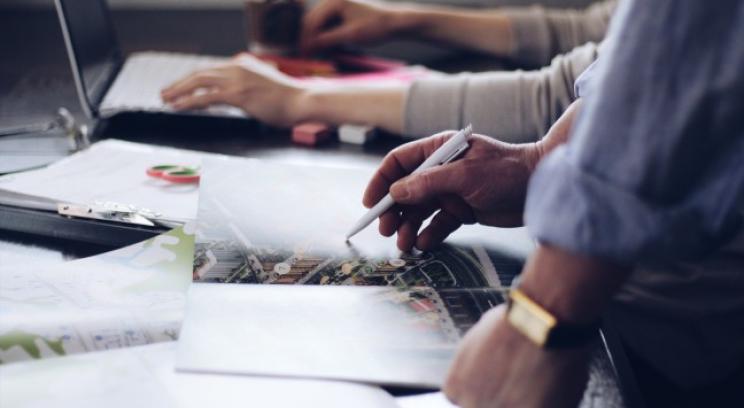 There’s a silver lining in the recent spate of retail store closures—those that survive emerge as stronger, albeit smaller companies.

Being too big for the market is a challenge many retailers are facing. For a long time, “growth” in retail meant expanding stores. While business was good, companies didn’t focus on efficiently managing those stores. So when in-store sales weakened—driven in part by overexpansion—retailers began to struggle. Take American Apparel, for example: The company grew rapidly between 2003 and 2009, more than doubling its store openings in that time period. This year, though, it filed bankruptcy for the second time.

According to a Harvard Business Review study of 37 U.S. retailers’ financial data, this kind of failure is common among retailers that try to grow too quickly: “Our analysis showed that the less successful retailers had continued to chase growth by opening new stores far past the point of diminishing returns,” the researchers wrote. “By contrast, the successful retailers had drastically curtailed expansion and instead relied on operational improvements at their existing stores to drive additional sales.”

Now, retailers are having to optimize their business, with the goal of finding the right number of high-performing stores. For many, that means figuring out what to do with low-performing stores, whether it’s closing them completely or finding ways to make them more profitable. Using in-store data, brands and retailers today are streamlining their businesses to stay profitable.

After years of lagging sales, fashion company Coach closed 70 of its stores and stopped selling its goods at 250 department stores (about 25% of its wholesale accounts). Instead, management decided to focus solely on the luxury market with new higher-end stores, a remodeling program and stronger relationships with upscale retailers.

"[We've] been hearing vendor after vendor say, ‘We need to get smaller,’" equity firm Instinet's Simeon Siegel said on CNBC's Power Lunch. "Coach just did it."

Coach’s decision, which it made in 2016, resulted in better than expected earnings in the company’s latest report in April 2017. The success comes down to identifying a few simple metrics: the stores that weren’t profitable or were cannibalizing profits from other stores. Then it pulled out of these stores. In doing so, the company also opened up resources to drive revenue in the remaining stores—which has shown success so far.

The Harvard Business Review findings support this strategy: companies that focused on existing stores and opened fewer new stores grew operating profit 8% a year. That’s compared to the less than 1% bump companies saw when too aggressive with expansion. Coach’s experience, combined with the HBR findings, is a major lesson for brands and retailers to carefully reconsider the ROI of each store. Those who have stretched their reach too wide, too quickly might benefit from some closures. Those who haven’t yet to expand might look to existing stores first to boost sales. And making these decisions starts with gathering in-store data, whether by using internal resources or finding a strategic partner.

Brands and retailers can also cut costs by taking a similarly metrics-driven look at their products. Victoria’s Secret took this tact, announcing last spring that they would begin phasing out their swimwear line, which accounted for 6.5% of the overall business. The company’s Q1 2017 earnings have suffered from the missing part of the business that brought $500 million in annual revenue, but the dip was anticipated.

“While these investments and strategic actions will continue to put pressure on results in 2017, we're confident that they are providing the platform for accelerated future growth,” LBrands (parent company of Victoria’s Secret) CFO and EVP Stuart Burgdoerfer said during the company’s Q1 earnings call last month.

The move to drop the product category is part of the company’s strategy to consolidate into three core areas: Victoria's Secret Lingerie, PINK and Victoria's Secret Beauty. What’s more, the swimwear line was showing a slight downward trend, likely due to increased online competition, according to The Street.

Brands and retailers looking for ways to consolidate should take a page from Victoria’s Secret and collect in-store data to identify opportunities to trim assortment or exit unproductive categories entirely. Keep in mind: even those segments that drive some revenue (but are seeing overall downward trend) may not be worth keeping.

"You can argue that retailers don't have that kind of time right now, that they have to do something bold and quick," he says. "But you can point to nearly every retailer right now and say they should have fewer stores and smaller stores."

Moreover, in-store optimization is an ongoing process. Once brands or retailers make major changes in stores, they should continue to collect data about in-store activities—from inventory management to associate training—to find opportunities to drive growth at every location.